Misrephoth-maim is mentioned twice in the biblical text.The first occurrence is in Joshua 11:8, which records the third phase of the Conquest, that of the north, and specifically that of Hazor, which formerly was the head of all those kingdoms (v.10). The text records the flight of the defeated Canaanites,

With the initial Conquest accomplished, the Lord told Joshua,

I will drive out before the Israelites all who live in the hill country from Lebanon to Misrephoth Maim, all the Sidonians; you be sure to parcel it out to Israel as I instructed you (Joshua 13:6, NET).

We had the opportunity in September to see this interesting biblical site. Misrephoth Maim is identified with Rosh-HaNiqra, and is situated just below Israel’s border with Lebanon on the coast. 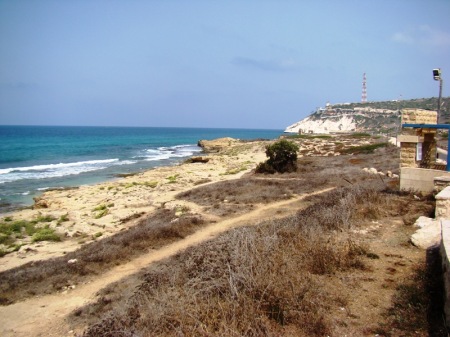 Alexander the Great tunneled through the cliffs here to bring his army from Tyre down to Israel.

We had the occasion to go inside the tunnel. 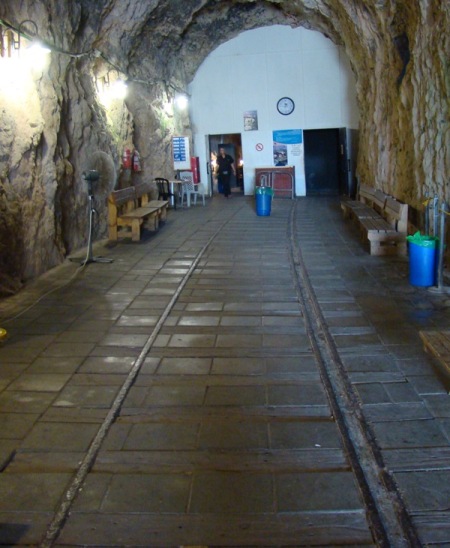 Here is a view from the cable car: 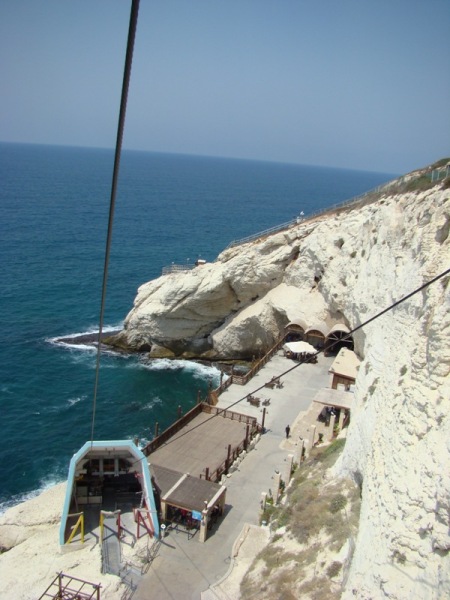 Wikipedia has this info:

The Book of Joshua mentions ‘Misraphot Mayim’ as a place south of Rosh HaNikra that was the border of the Israelite tribes of the time (13:6). Jewish sages referred to the cliff as “The Ladder of Tyre’ (Hebrew: sullam Tzor‎).The site was later renamed A-Nawakir (“the grottos”) after an Arab conquest. The present name, Rosh HaNikra, is Hebrew for the later Arabic name ‘Ras-an-Nakura.’

Throughout human history, Rosh HaNikra served as a passage point for trade caravans and armies between Lebanon, Syria, Israel, Egypt, and Africa. The British blasted a railway tunnel through the nearby rocks for trains running along the Cairo-Istanbul line. A bridge was destroyed by Jewish underground fighters prior to 1948 during the operation Night of the bridges.

Rosh Hanikra was the site where Israeli and Lebanese officials negotiated and concluded an armistice in 1949 which ended the Lebanese-Israeli component of the 1948 War of Israeli Independence.

This entry was posted on Thursday, December 22nd, 2011 at 9:09 PM and is filed under Bible History and Geography, Bible Study, Israel, Old Testament, Travel. You can follow any responses to this entry through the RSS 2.0 feed. You can leave a response, or trackback from your own site.