This life-sized statue is housed in the Egyptian Museum in Cairo, having been discovered by Auguste Mariette in 1860, in Chephren’s valley temple at Giza. It is made of diorite, a high quality stone. On the stature throne are carved symbols of royalty, the lion paws on the front, and on the sides are displayed the symbol of the sema-tauy, representing the uniting of Upper and Lower Egypt.

Chephren’s feet are bordered by his cartouche. On the back of the royal headdress is the falcon god Horus, god of dynastic divinity in Egyptian mythology. It was believed that Pharaoh was the representative of Horus on earth, while the god manifested himself in the person of the Pharaoh, the living Horus.

Aquileia is located in Friuli-Venezi-Giulia (Udine Province) Italy, and is listed as a UNESCO site. Construction of the Basilica began in the years following AD 313 and continued over the years through the 14-15th centuries. 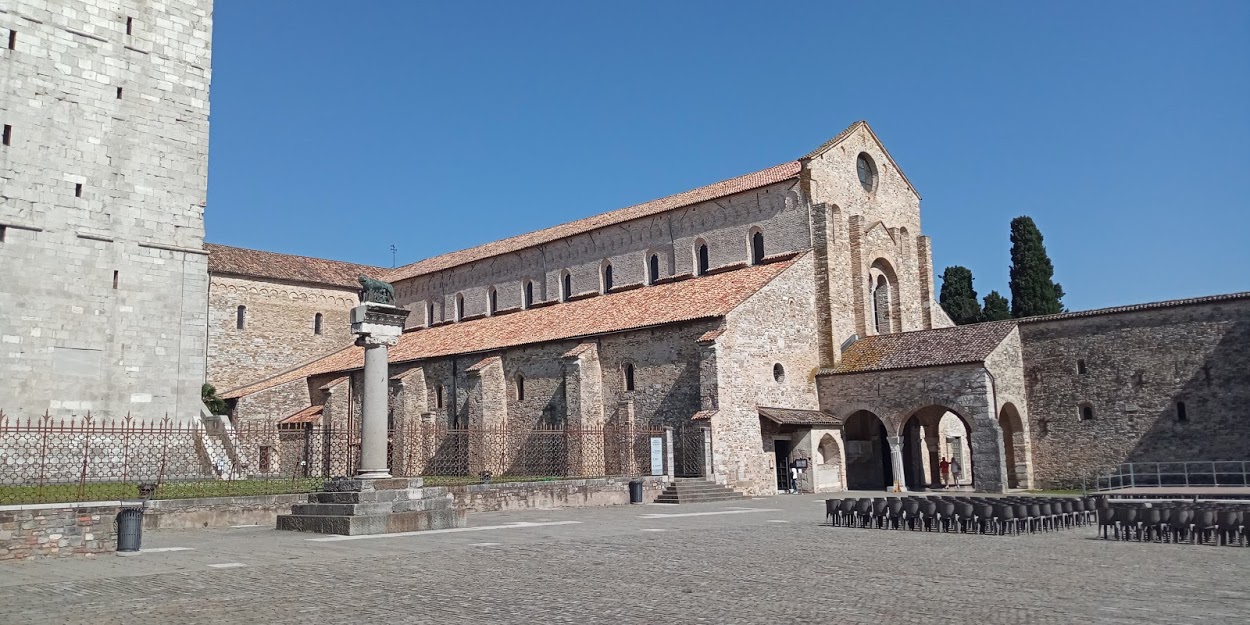 Inside are 760 square meters of mosaics of what is said to be “the largest Paleo-Christian mosaic of the western world.” These date to the late 4th century AD. The mosaic was covered by other flooring over the centuries, and was not uncovered until the years 1909-1912.

Of the many scenes depicted, I wanted to share this photo of the “Good Shepherd.” The on-site brochure states, “Christ is portrayed as a beardless young man bearing the lost lamb upon his shoulders. In one hand he holds the syrinx (the shepherds’ flute), symbol of the gentleness he takes care of his flock with.”

Christ the Good Shepherd. A scene from the mosaic floor. Photo by Leon Mauldin.

I was also impressed with the baptistery in which immersion took place. 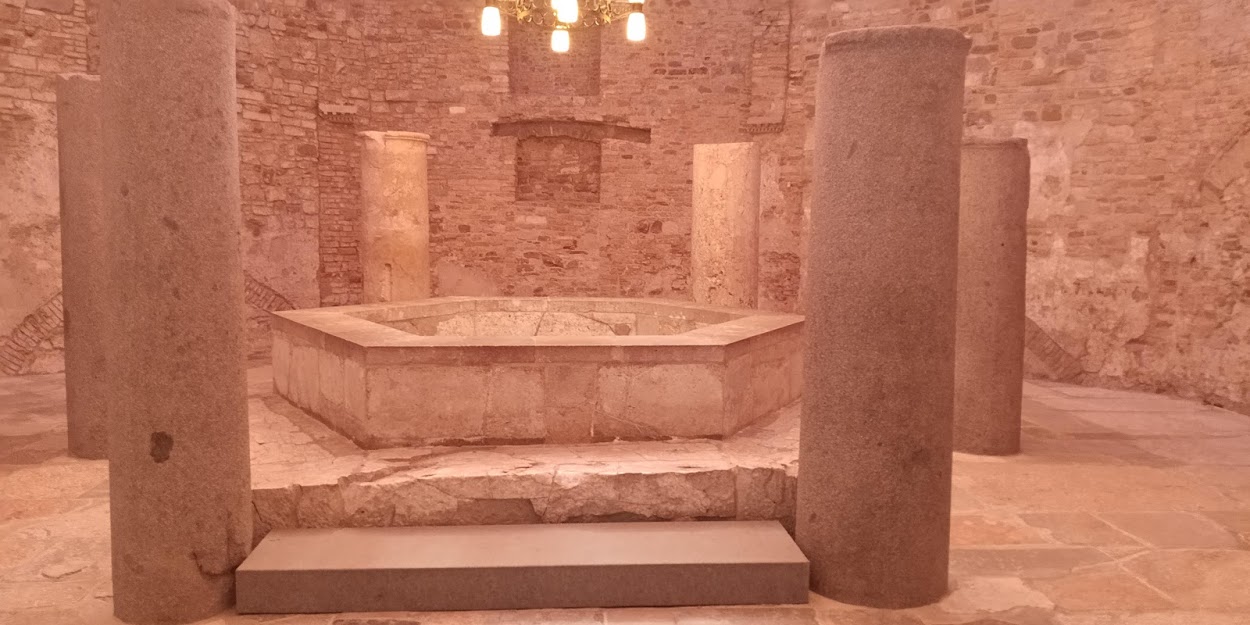 Baptistery at the basilica of Aquileia. Photo by Leon Mauldin.

Here is a view inside the baptistery.

A view looking down inside the baptistery. Photo by Leon Mauldin.

I recently posted on the Good Shepherd motif here.

The “Horns of Moses”

One of the innumerable attractions in Rome which we were able to see last week was that of Michelangelo’s Moses, housed (among other artistic works/artifacts) in the Church of San Pietro in Vincoli. The statue of Moses was sculpted by Italian High Renaissance artist Michelangelo Buonarroti, who created this work in the years 1513-1515. This sculpture was originally commissioned in 1505 by Pope Julius II for his tomb.

Moses is here depicted as seated, holding the two tablets of stone. Some suggest the intensity portrayed is meant to represent his holy anger when he cast down the stones upon being confronted with Israel’s idolatry.

But to the point of this post, Moses is seen here with two horns on his head. This is based on a rendering of Exodus 34:29 in the Vulgate, the Latin translation of the Bible in use during Michelangelo’s time. The English Standard Version renders the text, which speaks of Moses coming down from Mt. Sinai after talking with God, “When Moses came down from Mount Sinai, with the two tablets of the testimony in his hand as he came down from the mountain, Moses did not know that the skin of his face shone because he had been talking with God.” The Latin Vulgate renders the Hebrew word qaran, “to shine” as “horned.” Hence the horns on Michelangelo’s Moses.

The word qaran is derived from the noun qeren in the sense of a “ray of light” (see Hab. 3:4). Something of the divine glory remained with Moses. The Greek translation of Aquila and the Latin Vulgate convey the idea that he had horns, the primary meaning of the word from which this word is derived. Some have tried to defend this, saying that the glory appeared like horns or that Moses covered his face with a mask adorned with horns. But in the text the subject of the verb is the skin of Moses’ face.

The statue stands 8 feet, 4 inches and is made of solid marble.