As we further explore what can be seen of ancient Tarsus, one important archaeological point of interest is a street built during the late Hellenistic period, thus predating the Apostle Paul. 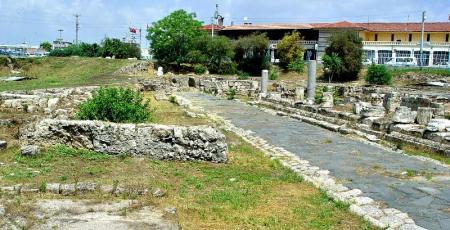 Tarsus, Ancient Street. Dates back to the time of Paul. Photo by Leon Mauldin.

The discovery of this street, along with the ancient shops and houses that have been unearthed, is a story that has been often repeated. Work was being initiated for an underground parking deck when this discovery was made. So frequently it is the case that it is in connection with various construction projects that such discoveries are made (see here for “rolling stone tomb” in Israel).

Behind and to our right of our position in the above photo you can get a glimpse of how much silt has built up above street level: 23 feet at this point. 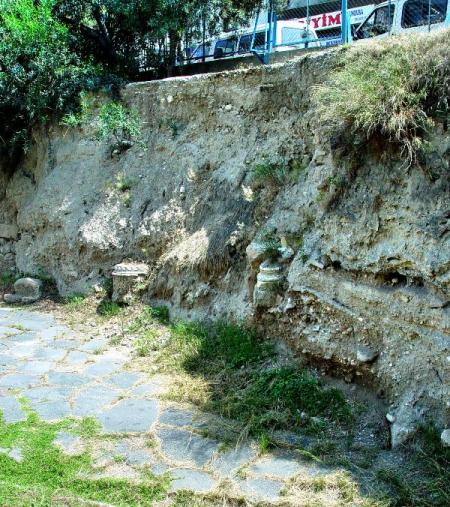 This allows you to see the location of the modern city in relation to the ancient ruins below.