The professed people of God of Jeremiah’s day had a serious problem–they weren’t listening to God. They convinced themselves they could do as they pleased and claim allegiance to God, and everything would be OK; after all, they had the temple.

7 If you stop doing these things, I will allow you to continue to live in this land which I gave to your ancestors as a lasting possession. 8 But just look at you! You are putting your confidence in a false belief that will not deliver you. 9 You steal. You murder. You commit adultery. You lie when you swear on oath. You sacrifice to the god Baal. You pay allegiance to other gods whom you have not previously known. 10 Then you come and stand in my presence in this temple I have claimed as my own and say, “We are safe!” You think you are so safe that you go on doing all those hateful sins! 11 Do you think this temple I have claimed as my own is to be a hideout for robbers? You had better take note! I have seen for myself what you have done! says the LORD. 12 So, go to the place in Shiloh where I allowed myself to be worshiped in the early days. See what I did to it because of the wicked things my people Israel did. 13 You also have done all these things, says the LORD, and I have spoken to you over and over again. But you have not listened! You have refused to respond when I called you to repent! 14 So I will destroy this temple which I have claimed as my own, this temple that you are trusting to protect you. I will destroy this place that I gave to you and your ancestors, just like I destroyed Shiloh (Jer. 7:7-14, NET).

The tabernacle had previously been in Shiloh (Josh. 18; 1 Sam. 1-4, etc.), but God had allowed it to be destroyed because of Israel’s disobedience. Jeremiah warned that the same fate was awaiting the temple, for the same reason.

We recently had the opportunity to visit Shiloh. Some archaeological excavations were taking place at the time. 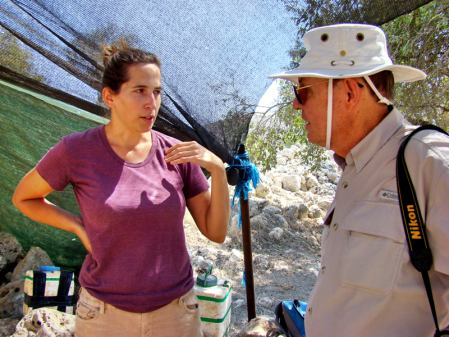 Mr. Jenkins mentioned to Michal Haber of the Israeli Antiquities Authority, who was supervising the excavation  that he and I are members of the Society of Biblical Literature, Near East Archaeological Society, etc., and had an interest in what they were doing there at Shiloh. She graciously showed us around. What was being uncovered at this level was Byzantine and Islamic. The older remains (what she called “the good stuff”) were higher up.

There is a covered platform conveniently situated that is helpful in giving a good view of the ruins of Shiloh. Note the upper center in photo below. 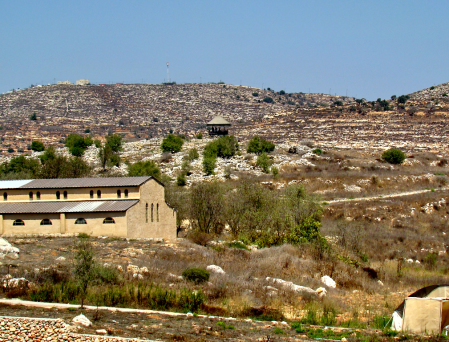 Ancient Shiloh. At center is a covered platform helpful in viewing the site. Photo by Leon Mauldin.

Several biblical texts flooded my mind while here. Early on during the Conquest of Canaan, the tabernacle was pitched here (Josh. 18:1ff). Then I thought of the days of the Judges, and of barren Hannah, praying here silently, when Eli the Judge and High Priest misjudged her to be drunken. She explained that she was praying that God would give her a son, and if He would do so, she would give him back to the Lord. That prayer was honored and Samuel was born (1 Sam. 1).

It was at this point also that one of Eli’s daughters-in-law was in childbirth. When she heard that the ark of God was taken, as well as the news of her husband’s death and Eli’s death, with her dying words she said to name the boy Ichabod, which means “no glory.” Indeed, when God cannot dwell among His people because of sinfulness and stubborn rebellion, there is no glory.

These and other texts come into play at this site. In our photo below you can see Shiloh in foreground, and then surroundings in the distance. 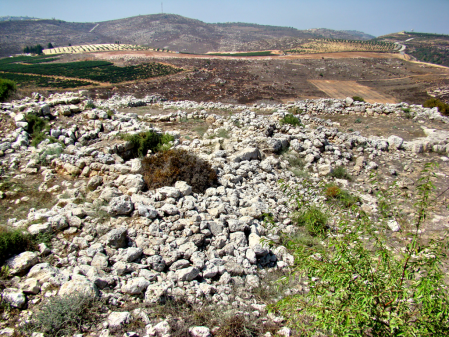 This entry was posted on Tuesday, September 20th, 2011 at 2:00 PM and is filed under Bible History and Geography, Bible Study, Israel, Old Testament, Shiloh, Uncategorized. You can follow any responses to this entry through the RSS 2.0 feed. You can leave a response, or trackback from your own site.