Aphek is mentioned in 1 Sam. 4:1 as the site of the Philistine camp as they prepared for battle against Israel.  This was in the last days of Eli’s tenure as High Priest and Judge of Israel.

Holman’s Bible Dictionary has this info on Aphek:

Place-name meaning “bed of brook or river” or “fortress.”  City whose king Joshua defeated (Josh. 12:18), where Philistine armies formed to face Israel in days of Samuel (1 Sam. 4:1) resulting in Philistine victory and capture of Israel’s ark of the covenant. Philistine armies including David and his men gathered in Aphek to fight Saul. The Philistine commanders forced Achish to send David back from battle (1 Sam. 29). Eventually the Philistines defeated Israel, bringing death to Saul and Jonathan. Aphek is located at modern Tell Ras elʹ Ain near the source of the Yarkon River in the Sharon plain northeast of Joppa. Egyptian execration texts from about 1900 B.C. apparently refer to Aphek.

Our photo below gives an aerial view of Aphek. Click on image for higher resolution. 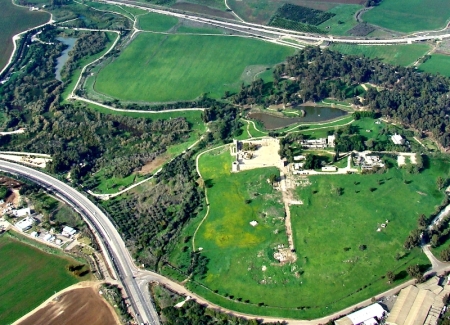 Aerial of Aphek. This was NT Antipatris. Photo ©Leon Mauldin.

In the New Testament this location was known as Antipatris, and is mentioned in Acts 23.  When the Roman commander Claudius Lysias became aware of an assassination plot to kill the Apostle Paul in Jerusalem, he order a military escort of Paul to Caesarea.  This was for Paul’s own protection.  The commander was thorough: two centurions were commanded to prepare 200 soldiers, 200 spearmen, and 70 horsemen.  The Roman militia departed at 9:00 PM (Acts 23:23). On the way to Caesarea, the governor’s residence, they went through Antipatris: “Then the soldiers, as they were commanded, took Paul and brought him by night to Antipatris” (v.31). The next day the horsemen went on with Paul to his destination, whereas the soldiers returned to the barracks (v.32) at Jerusalem.

On another (personal) note, I mentioned in a previous post that we were currently conducting a meeting at Pine Lane, Birmingham, which concluded last night.  On Wed PM our granddaughter was with my wife and me. One of the members there took this photo: 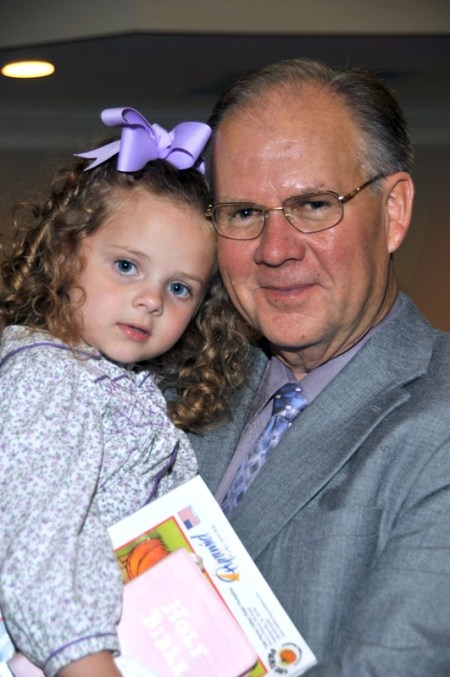 This entry was posted on Friday, October 15th, 2010 at 2:41 PM and is filed under Bible History and Geography, Bible Study, Israel, Travel, Uncategorized. You can follow any responses to this entry through the RSS 2.0 feed. You can leave a response, or trackback from your own site.