David was described as the “sweet psalmist of Israel” (2 Sam. 23:1) and authored about half of the collection of the 150 psalms. 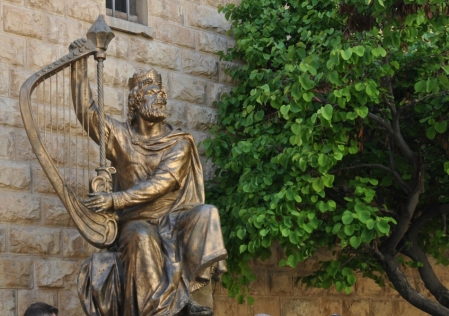 Sculpture of David near site of traditional tomb in Jerusalem. Photo ©Leon Mauldin.

Approximately 2,000 years ago on the Day of Pentecost (Acts 2), Peter said, “Brothers, I may say to you with confidence about the patriarch David that he both died and was buried, and his tomb is with us to this day” (v.29, ESV).

Yesterday I had the opportunity to visit the traditional tomb of David in Jerusalem. 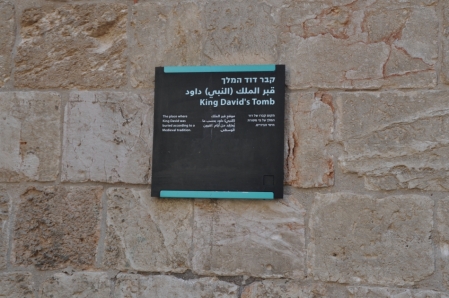 This location is said to be a pilgrimage for Jews, Muslims, and Christians. Inside is a massive cenotaph where visitors pay respect. 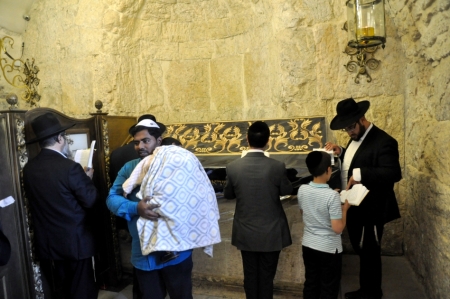 The adjoining room is dedicated to reading/study. 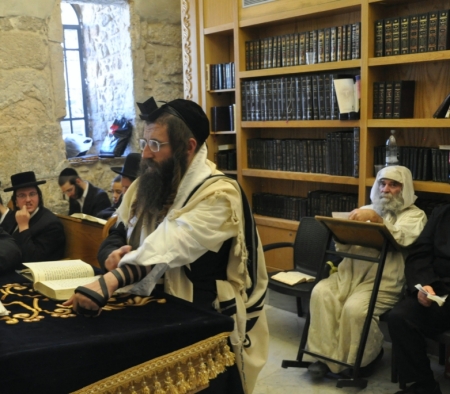 Another text referencing David’s death is Acts 13:36: “For David, after he had served the purpose of God in his own generation, fell asleep and was laid with his fathers and saw corruption” (ESV).

We mentioned this is the “traditional site” of David’s tomb:

In the 10th century a belief that David’s tomb was on the present Mount Zion began to develop among Christian pilgrims, who celebrated David’s memory along with that of St James, the first bishop of Jerusalem.

It was actually the Christian Crusaders who built the present Tomb of David with its large stone cenotaph. However, three of the walls of the room where the cenotaph stands are much older — apparently from a synagogue-church used by first-century Judaeo-Christians, which became known as the Church of the Apostles.

Gradually this memorial came to be accepted as David’s tomb, first by the Jews and later also by Muslims. (http://www.seetheholyland.net/tomb-of-king-david/)

The real point of the two passages cited in Acts above is that David, having served God’s purpose, died, was buried, and his body experienced decay. He was not the subject of those prophecies he uttered that spoke of a coming resurrection–he was speaking of the resurrection of Jesus, which is at the very heart of the Gospel message. Apart from the resurrection of Jesus there IS no Gospel!

In the first century in Jerusalem Peter said the actual tomb of David could be seen. David had died, his flesh went through the normal decaying process. I like the old English translation of Acts 2:24 in the KJV, “Whom God hath raised up, having loosed the pains of death: because it was not possible that he should be holden of it. Where David’s earthly remains are today at this point is not of primary importance to one’s faith or salvation. But the point was that it was certain that he could not be the object of those Messianic passages that foretold the resurrection–only Jesus could and did fulfill those resurrection prophecies!

This entry was posted on Wednesday, April 26th, 2017 at 1:13 PM and is filed under Bible History and Geography, Bible Places, Israel, New Testament, Old Testament, photography, Travel, Uncategorized. You can follow any responses to this entry through the RSS 2.0 feed. You can leave a response, or trackback from your own site.