On Paul’s First Journey, he and Barnabas passed through Perga in Pamphylia (Acts 13:13-14). On the return portion of the trip they came again to Pamphylia (Acts 14:24), “and when they had spoken the word in Perga, they went down to Attalia, and from there they sailed to Antioch” (vv. 24-25). Notice here the region of Pamphylia:

Region of Pamphylia. Map by BibleAtlas.com.

Ferrell Jenkins and I have been in biblical Attalia, modern Antalya, and the greater Pamphylia area for the past couple of days as we have visited sites in Turkey.

Notice the topography on the first map, and see as you leave the coastal area and go northward you run into the mountains, using Attalia and Perga in your second map as reference points. The plains of Pamphylia give way to the formidable terrain of the Taurus mountain range.

We spent some time exploring this area where a Roman Road cuts through the mountain pass. Dedicated men such as Paul and Barnabas had to negotiate through this type of terrain in their travels.

We found several matters of interest while there, such as this stork 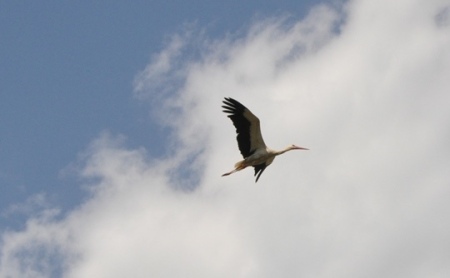 and this field of Barley: 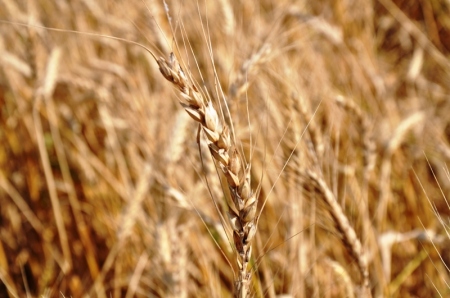 Tonight we are north of biblical Hierapolis (mentioned in Colossians 4:13). En route here we saw Laodicea and Colossae. There is much to see at Hierapolis, and tomorrow we plan to explore and photograph in that area. Thanks for following along the journey. Much more to share as time permits.

Mr. Jenkins and I are both well. There’s nothing quite like on-site Bible study! It’s truly a continuing education course for us.