We had the occasion to do a few night shots while in Rome. The Pantheon was built to honor all gods of Rome. It was rebuilt (having previously burnt) by Emperor Hadrian AD 126. The dome measures 142 feet high by 142 feet wide, and was the largest freestanding dome until the 20thcentury. 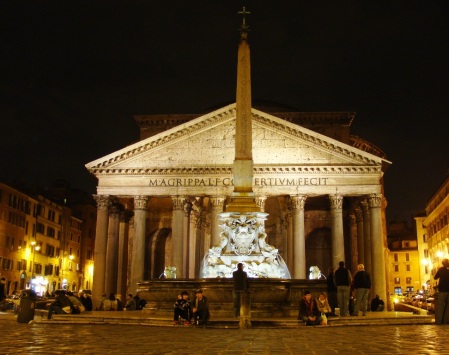 Pantheon in Rome. At left is a portion of the Fontana del Pantheon. Photo by Leon Mauldin.