Nahal Zin was the southern border of Judah when the land was distributed to the twelve tribes of Israel, during the days of the Conquest under Joshua (Num. 34:3-4; Josh. 15:1-3). This wadi is 75 miles in length, cutting through many layers of mostly limestone. The Negev can be a dry and thirsty land, but there are also refreshing springs and pools of water.

When David wrote, “He maketh me to lie down in green pastures: he leadeth me beside the still waters,” he may have had such scenes as this in mind. The spring, Ein Avdat, emerges at the base of the waterfall in the distant center. 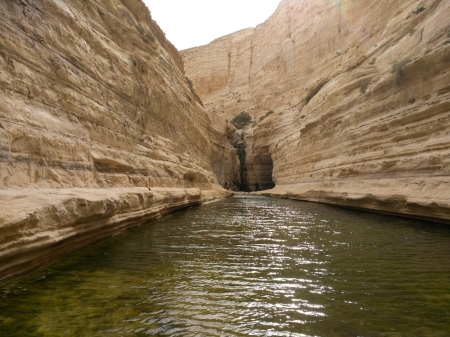 When Ferrell Jenkins and I visited here in March 2018 there were serveral ibexes in the area. 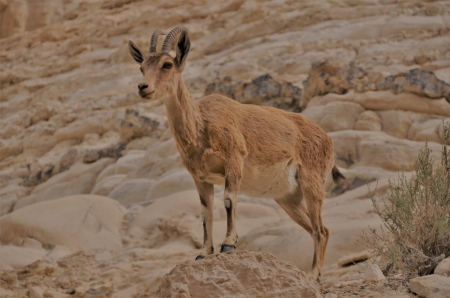 Today we made a trip to Masada, the site of the Jewish zealots last stand (AD 73) after the AD 70 destruction of Jerusalem. Tristram’s Starling, also called Tristram’s Grackle, were in abundance.

This species is named after Henry Baker Tristram.

The males have glossy iridescent black plumage with orange patches on the outer wing, which are particularly noticeable in flight. The bill and legs are black. Females and young birds are similar but duller and with a greyish head, lacking the plumage gloss.
It is gregarious and noisy, with a call that resembles a wolf whistle. They are omnivorous, feeding on fruit and invertebrates, and can also be observed grooming Nubian ibex and domestic livestock for parasites. (Wikipedia)

We also saw En Gedi, the site where David hid from King Saul, who was pursuing David with the intention of killing him (1 Sam. 23:29ff.). Here we photographed an ibex, the biblical “wild goat”of Psa. 104:18: “The high hills are for the wild goats; The cliffs are a refuge for the rock badgers.” 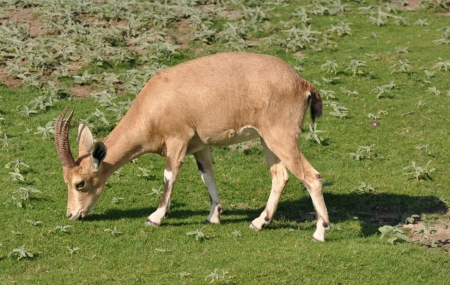 Tour member Mike Eison shared this photo he took this past Friday at Nazareth, at the Nazareth Village. The shepherd, his sheep in the fold behind.

Thanks for following our travels. Tomorrow is a walking tour in Jerusalem.