Today concludes our Emerald Tour of Ireland, and was a day of “free time” for our group. Some of us included a visit to the Dublin Castle, because here the Chester Beatty Library is located. Among the interesting collections there are some of the very earliest New Testament texts, dating to c.AD 200. 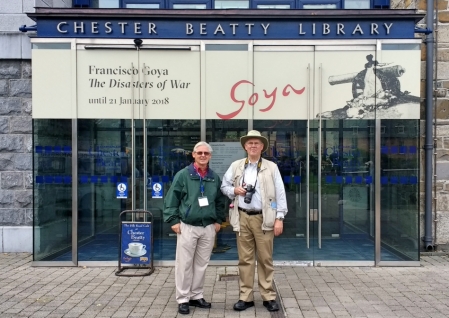 Photos are not permitted inside the exhibition.

Some info re: the New Testament manuscripts:

P46 is the second New Testament manuscript in the Chester Beatty collection (P. II), and was a codex that contained the Pauline Epistles dating c. 200.[citation needed] What remains today of the manuscript is roughly 85 out of 104 leaves consisting of Romans chapters 5-6, 8-15, all of Hebrews, Ephesians, Galatians, Philippians, Colossians, virtually all of 1–2 Corinthians and 1 Thessalonians 1-2, 5. The leaves have partially deteriorated, resulting in the loss of some lines at the bottom of each folio. The manuscript split up between the Chester Beatty Library and the University of Michigan. Scholars do not believe the Pastoral epistles were included originally in the codex, based on the amount of space required in the missing leaves; they conclude 2 Thessalonians would have occupied the final portion of the codex. The inclusion of Hebrews, a book that was questioned canonically and not considered authored by Paul, is notable. The placement of it following Romans is unique against most other witnesses, as is the ordering of Galatians following Ephesians.

P. III is the last New Testament manuscript, P47, and contains 10 leaves from the Book of Revelation, chapters 9-17. This manuscript also dates to the 3rd century, and Kenyon describes the handwriting as being rough (Wikipedia).

It’s been a great tour. 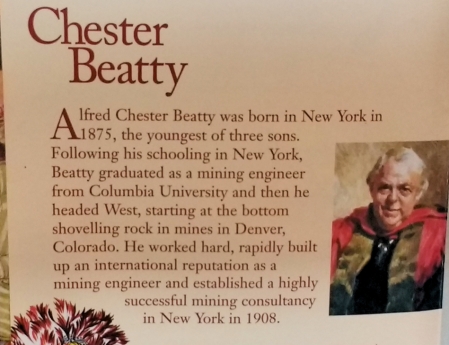 From the Chester Beatty Library Brochure.

This entry was posted on Wednesday, October 18th, 2017 at 10:50 AM and is filed under Bible Study, New Testament, Old Testament, photography, Resources, Tours, Travel. You can follow any responses to this entry through the RSS 2.0 feed. You can leave a response, or trackback from your own site.