The Roman province of Pontus is mentioned three times in the Bible. 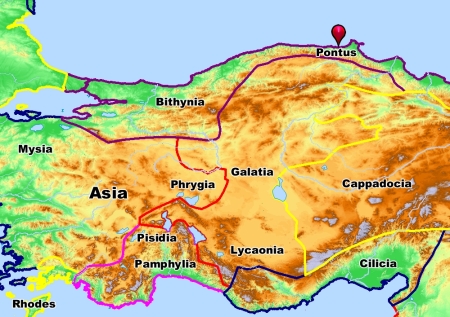 There were residents of Pontus (among many other) present for the Day of Pentecost in Acts 2, the day on which the Gospel message of salvation through the resurrected Christ was preached for the first time: “Parthians and Medes and Elamites, and residents of Mesopotamia, Judea and Cappadocia, Pontus and Asia” (Acts 2:9).

Paul’s dear friend and fellow-tentmaker Apollos, was from Pontus: “And he found a Jew named Aquila, a native of Pontus, having recently come from Italy with his wife Priscilla, because Claudius had commanded all the Jews to leave Rome” (Acts 18:2).

The Apostle Peter wrote the letter of 1 Peter to Christians in Pontus (and other Roman provinces): “Peter, an apostle of Jesus Christ, To those who reside as aliens, scattered throughout Pontus, Galatia, Cappadocia, Asia, and Bithynia. . .” (1 Pet. 1:1).

Samsun (also known as Amisus) was a major port city of Pontus located on the Black Sea. This is in Turkey’s territory today. 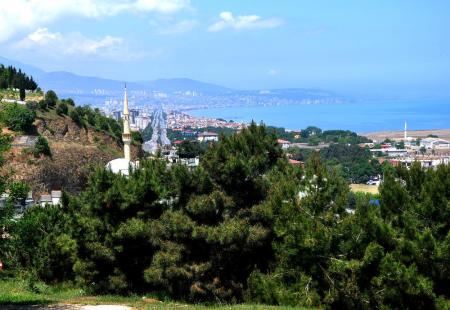 Many scholars believe that the messenger of 1 Peter (& 2 Peter) would have stopped here at Samsun. I concur. See Ferrell Jenkins here and here.