One of the innumerable attractions in Rome is Michelangelo’s Moses, housed in the Church of San Pietro in Vincoli. 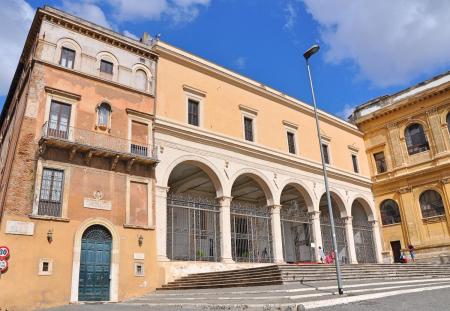 The main attraction inside is the statue of Moses, sculpted by Italian High Renaissance artist Michelangelo Buonarroti, creating this work in the years 1513-1515. This sculpture was originally commissioned in 1505 by Pope Julius II for his tomb. 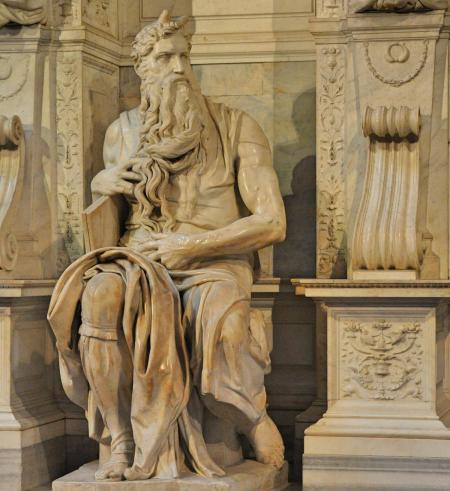 Moses is here depicted as seated, holding the two tablets of stone. Some suggest the intensity portrayed is meant to represent his holy anger when he cast down the stones upon being confronted with Israel’s idolatry.

Moses is seen here with horns on his head. This is based on a rendering in the Vulgate, the Latin translation of the Bible in use during Michelangelo’s time. The text of our English Standard Version renders Exodus 34:29, which speaks of Moses coming down from Mt. Sinai after talking with God, says, “When Moses came down from Mount Sinai, with the two tablets of the testimony in his hand as he came down from the mountain, Moses did not know that the skin of his face shone because he had been talking with God.” The Latin Vulgate renders the Hebrew word qaran, “to shine” as “horned.” Hence the horns on Michelangelo’s Moses.

The statue stands 8 feet, 4 inches and is made of solid marble.

This entry was posted on Friday, August 22nd, 2014 at 3:51 PM and is filed under Bible History and Geography, Biblical Interpretation, Italy, photography, Rome, Travel. You can follow any responses to this entry through the RSS 2.0 feed. You can leave a response, or trackback from your own site.