Out of the Wilderness and into Canaan

The book of Joshua transitions the reader from Israel’s wilderness wandering to their entrance into Canaan, the Promised Land. Upon their crossing the Jordan, and before taking the city of Jericho, they encamped at Gilgal.

At Gilgal all the men were circumcised who during the 40 years of wilderness wandering had neglected (i.e., their parents had neglected) this special covenant token.

So Joshua made flint knives and circumcised the Israelite men at Gibeath-haaraloth.  This is the reason Joshua circumcised them: All the people who came out of Egypt who were males– all the men of war– had died in the wilderness along the way after they had come out of Egypt.  Though all the people who came out were circumcised, none of the people born in the wilderness along the way were circumcised after they had come out of Egypt.  For the Israelites wandered in the wilderness 40 years until all the nation’s men of war who came out of Egypt had died off because they did not obey the LORD. So the LORD vowed never to let them see the land He had sworn to their fathers to give us, a land flowing with milk and honey.  Joshua raised up their sons in their place; it was these he circumcised. They were still uncircumcised, since they had not been circumcised along the way.  After the entire nation had been circumcised, they stayed where they were in the camp until they recovered.  The LORD then said to Joshua, “Today I have rolled away the disgrace of Egypt from you.” Therefore, that place has been called Gilgal to this day (Josh. 5:3-9).

The Peninsula of Sinai was Israel’s home for that period referenced in this text. 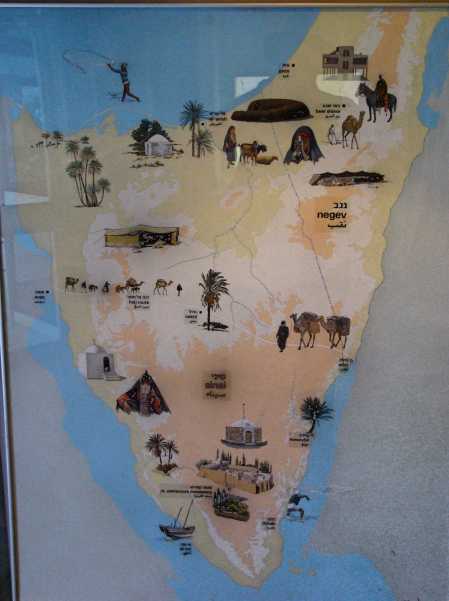 The photo of this artwork was taken in the Museum of Bedouin Culture at Kibbutz Lahav in the Israel’s Negev. 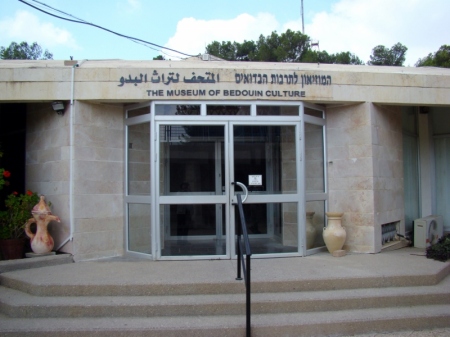 It was also at Gilgal that Israel observed the Passover at the appointed time, the 1st month, 14th day. It was at this time that the manna stopped, and Israel began to eat the produce of the land. This was at harvest season. The 40 years of wandering were over; a new era had dawned!