Our previous two posts have featured cities of refuge on the western side of Jordan, Kedesh and Shechem. Several passages discuss the cities of refuge, but the one that gives the most information is Numbers 35.

Hebron has a lot of history pertaining to the patriarchs. Not only was it a dwelling place for many of them, it was also a burial-place (Gen. 23:16-20). Our photo here at Hebron was taken with the cave of Machpelah at our back. 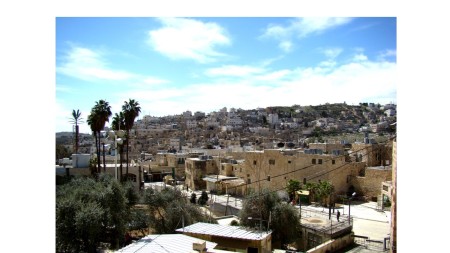 Hebron, a city of refuge. Photo by Leon Mauldin.

Other posts on Hebron may be viewed here and here.

For security reasons, Hebron is usually not included on tour to Israel.

This entry was posted on Friday, November 8th, 2013 at 9:25 PM and is filed under Bible History and Geography, Bible Study, Hebron, Israel, Machpelah, Old Testament, photography, Travel. You can follow any responses to this entry through the RSS 2.0 feed. You can leave a response, or trackback from your own site.