Priests of the Imperial Cult

There is much evidence that the Imperial Cult of Caesar Worship was thriving by the end of the 1st century and in the years following. This was the case with many of the cities mentioned in Rev. 2-3, cities where the Seven Churches of Asia were located. (By churches we do not mean church buildings, but seven congregations of Christians in the Roman province of Asia). 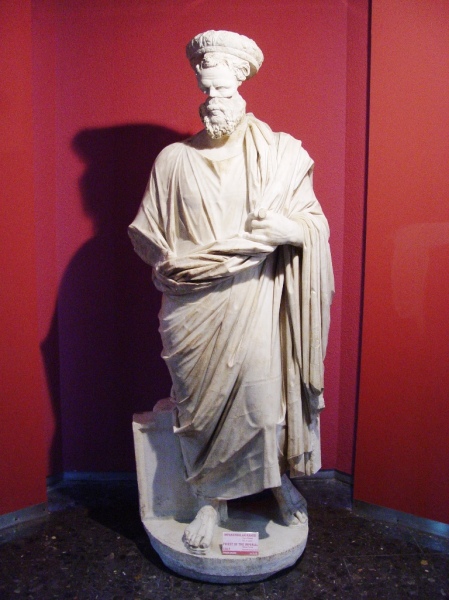 William Barclay, in his Letters to the Seven Churches said,

Emperor worship had begun as spontaneous demonstration of gratitude to Rome; but toward the end of the first century, in the days of Domitian, the final step was taken and Caesar worship became compulsory. Once a year the Roman citizen must burn a pinch of incense on the altar to the godhead of Caesar; and having done so, he was given a certificate to guarantee that he had performed his religious duty” (Barclay.29).

For the Christian, there was (is) but one Lord, and that is Jesus Christ. But there was tremendous pressure to say that Caesar was Lord, and there were many consequences if one failed to do so.

On a personal note: I enjoyed teaching at Sewell Hall’s Young Men’s Leadership Camp Mon-Wed, surveying the Seven Churches (Rev. 2-3) and making use of lots of photos of the biblical sites.

Tonight my wife and I are in Toronto en route to Sudbury to do a series of Bible lessons there.

This entry was posted on Thursday, July 28th, 2011 at 10:49 PM and is filed under Bible History and Geography, Bible Study. You can follow any responses to this entry through the RSS 2.0 feed. You can leave a response, or trackback from your own site.