As I make use of photos of Bible places in teaching/preaching and writing, I tend to select shots of the biblical sites themselves without people (whenever possible). For example, this photo shows Beersheba of the Negev, home of the patriarchs and later designated as the southernmost border of Israel.

Sometimes, however, it is helpful to have someone(s) in the photo to give a sense of scale and proportion. 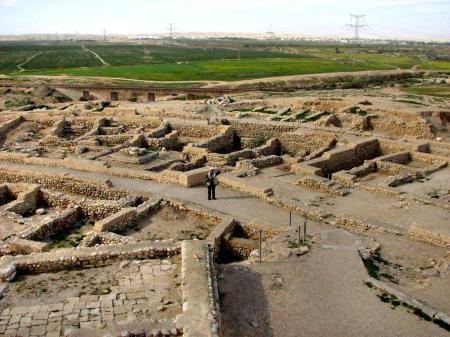 While visiting Beersheba (Tel Sheva) in March ’11, we took a group shot. Hardhats are required for one to walk through Beersheba’s water system. This photo was taken at the city’s gate.

Now I wouldn’t say that my group was hard-headed, but they were in fact hard-hatted 🙂

Click on images for larger view. Previous posts of Beersheba may be found here and here.

I am enjoying the meeting with the Kimberly church of Christ, speaking there each night at 7:30 through Fri.