We are continuing to enjoy our association with our friends in Houthalen, Belgium, including folks traveling from some distance away. It is a joy to have such opportunities to teach the Bible. This photo was made following worship services this afternoon. 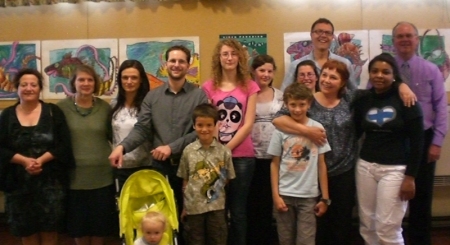 Earlier last week we had the occasion to visit the unique town of Bruges, dominated by 15th, 16th, 17th and 18th century houses and buildings. Our photo shows the market square, dominated by the Belfry and the Government Palace. 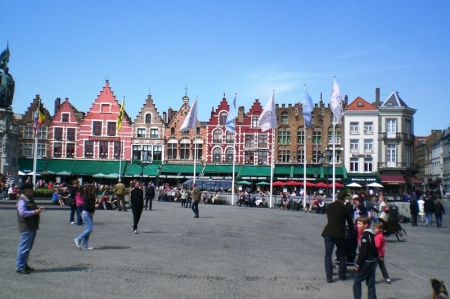 In the square one may see the monument to Jan Breydel and Pieter de Coninck, heroes of the Battle of the Golden Spurs (July 11, 1302). In this battle the French were defeated. 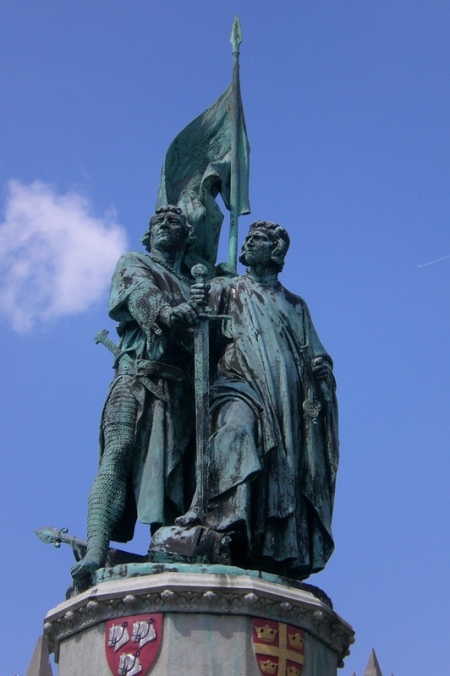 For those interested, Wikipedia has the following info re: Bruges:

Bruges is the capital and largest city of the province of West Flanders in the Flemish Region of Belgium. It is located in the northwest of the country.

The historic city centre is a prominent World Heritage Site of UNESCO. It is oval-shaped and about 430 hectaresin size. The area of the whole city amounts to more than 13,840 hectares, including 1,075 hectares off the coast, at Zeebrugge(meaning “Brugge aan Zee” or “Bruges on Sea”). The city’s total population is 117,073 (1 January 2008), of which around 20,000 live in the historic centre. The metropolitan area, including the outer commuter zone, covers an area of 616 km² and has a total of 255,844 inhabitants as of 1 January 2008.

Along with a few other canal-based northern cities, such as Amsterdam, it is sometimes referred to as “The Venice of the North”.

Bruges has a significant economic importance thanks to its port. At one time, it was the “chief commercial city” of the world.

This entry was posted on Sunday, May 8th, 2011 at 6:02 PM and is filed under Friendship, Travel. You can follow any responses to this entry through the RSS 2.0 feed. You can leave a response, or trackback from your own site.