Away in a Manger

When you read of the baby Jesus wrapped in swaddling clothes and lying in a manger, what imagery comes to your mind? At different sites in Israel you can see still see mangers such as this one at Caesarea: 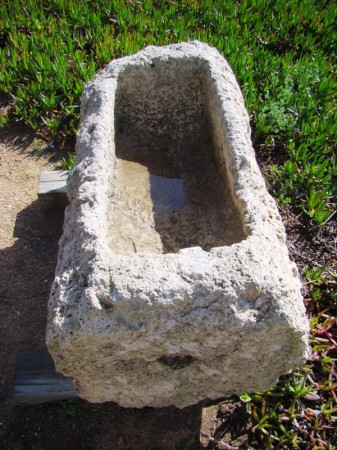 It is staggering to the imagination to think of the Creator who made the universe and all things in it, becoming flesh!  Eternal Deity became human! Born in Bethlehem to the virgin Mary, a feeding trough was His bassinet.

It’s also interesting to consider who first heard the news that Jesus was born. It wasn’t Caesar Augustus, the ruler of the Roman world. Nor was it the High Priest, or the Sanhedrin. It wasn’t someone rich or famous. The first to hear were shepherds, unnamed shepherds, just common people (Luke 2:8-20). Aren’t you glad that God cares about common people?

It is impossible that we should praise Him too much for His love and provisions. The plan of the Father for Jesus to come into our world for His redemptive work is referred to by such terms as “eternal counsel and foreknowledge,” and “before the foundation of the world” (Acts 2:23; 1 Pet. 1:20; Eph. 3:11).

Here is a manger we photographed at Megiddo. Hopefully today’s photos will help you to visualize the kind of setting the shepherds saw on that night they would never forget. This photo was taken the same day as the photo above (Caesarea Maritima). You can tell it had been raining earlier. 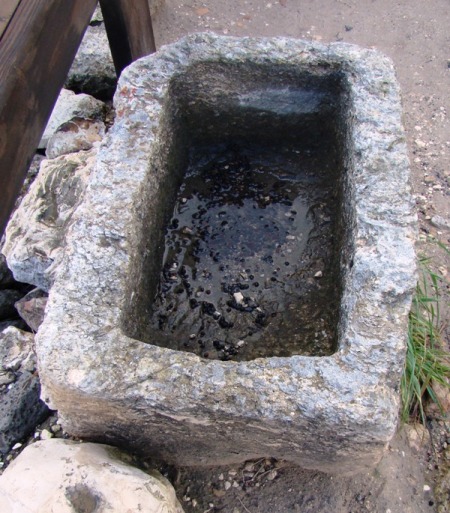 On a personal note, we have a new grand-baby born Sun. PM, a boy, making a total of 6 grandchildren for my wife and me. We are thankful to God for His many blessings.