Beersheba, Home of the Patriarchs

Beersheba received its name when Abraham made a covenant with the Philistine king Abimelech. Included in that covenant was the recognition of Abraham’s ownership of the well he dug at that site, which was confirmed by Abimelech’s reception of seven lambs from Abraham. “Therefore he called that place Beersheba, because the two of them swore an oath there” (Gen. 21:31). Beersheba means, Well of the Oath or Well of the Seven. 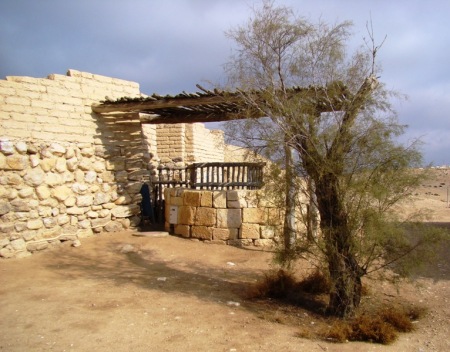 Beersheba in the Negev. Photo by Leon Mauldin.

Beersheba is mentioned several times in the days of the Patriarchs. Abraham continued to live there after returning from Moriah to “sacrifice” Isaac (Gen. 22:19; cf. CSB: “And Abraham settled in Beer-sheba” (emp. mine, LM). Years later, when Isaac moved there the text tells us that “the LORD appeared to him the same night” and repeated the Abrahamic promises. “So he built an altar there and called on the name of the LORD” (Gen. 26:23-25).

Later still, when Jacob moved his family to Egypt it was at Beersheba that God appeared to him and said, “I am God, the God of your father; do not fear to go down to Egypt, for I will make of you a great nation there” (Gen. 46:1-3). God had told Abraham, Isaac and Jacob that He would make of them a great nation. It is in this passage that we learn that He would not do so in Canaan, the Promised Land, but it would be in Egypt. It had amply been demonstrated that the Canaanites were very willing to intermarry with Jacob’s family, and that was reciprocated (Gen. 32,38). Had they remained there they would have been assimilated into Canaanite culture, and never would have become the separate people of God.

This entry was posted on Tuesday, February 15th, 2011 at 7:39 PM and is filed under Bible History and Geography, Bible Study, Israel, Old Testament. You can follow any responses to this entry through the RSS 2.0 feed. You can leave a response, or trackback from your own site.

2 Responses to Beersheba, Home of the Patriarchs