Our last post featured a photo of the Erastus inscription. We referenced the biblical text of Romans 16:23.  Additionally, Erastus is mentioned in two other passages.  In Acts 19:22 we read, “And having sent into Macedonia two of his helpers, Timothy and Erastus, he himself stayed in Asia for a while” (ESV).  Lastly in, 2 Tim. 4:20, Paul observes, “Erastus remained at Corinth, and I left Trophimus, who was ill, at Miletus” (ESV).

Here is a closer view of the inscription:

Closeup of Erastus Inscription at Corinth. Photo by Leon Mauldin.

The narrowest point of the isthmus of Corinth is only 4 miles wide.  A canal was engineered and completed between 1882 and 1893.  Nero (A.D. 67) had the idea of building a canal at that exact route utilized by the modern engineers.  He planned to use 6,000 Jewish prisoners as his work force, but the idea was abandoned. 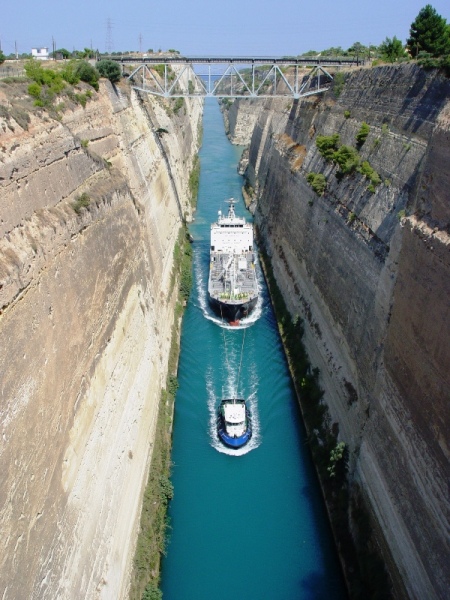 The canal separates the Peloponnesian peninsula from the Greek mainland.  It connects the Gulf of Corinth with the Aegean Sea.

Click on images for higher resolution.  More to come on Corinth.

This entry was posted on Saturday, December 18th, 2010 at 8:19 PM and is filed under Bible History and Geography, Bible Study, Corinth, Greece, Israel, Travel. You can follow any responses to this entry through the RSS 2.0 feed. You can leave a response, or trackback from your own site.