Qatzrin is located in the central Golan, 13 km northeast of the Sea of Galilee.  A settlement was here during the Iron Age, as well as the Hellenistic period, but it was during the Roman-Byzantine period that the village grew and became prosperous.  Our photo here features the synagogue. 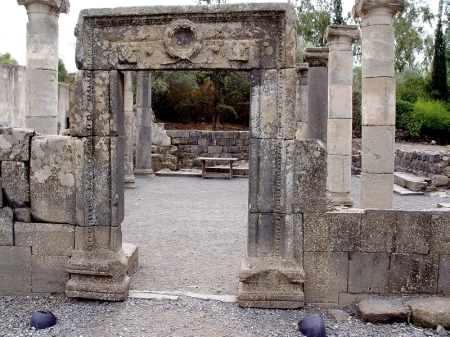 The synagogue, along with most of the village, was destroyed by an earthquake in AD 749.  The synagogue was excavated by D. Urman, M. Ben-Ari and S. Barlev, and later by Z. Maoz, R. Hachlili and A. Killebrew, on behalf of the Israel Department of Antiquities.

The Qatzrin houses were two-story structures.  As you look on the rooftop in our photo, think of that day in Joppa described in Acts 10:9: “On the next day, as they were on their way and approaching the city, Peter went up on the housetop about the sixth hour to pray.” 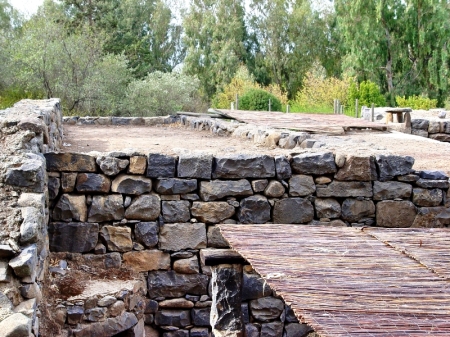 The ancient housetop would have been much like today’s patio.  That was the setting when God showed Peter that the gospel message of salvation was for Gentiles, and not for Jews only (Acts 10-11).