As we continued our visitation and study of the cities of the Seven Churches (Rev.2-3), we began the day today at Sardis, the former capital of the Lydian Empire.  Sardis has an interesting history. The inhabitants felt overly secure because of their seemingly impenetrable location, and fell to the Persians under Cyrus and later to the Greeks led by Alexander.  The spirit of the community tends to spill over into the church.  The church at Sardis had a name that they were alive, but Jesus said they were dead. Using their history of being caught off-guard as a springboard, Jesus told the church there to “be watchful, and strengthen the things which remain, that are ready to die, for I have not found your works perfect before God” (Rev. 3:2).

Pictured here is the temple of Artemis at Sardis: 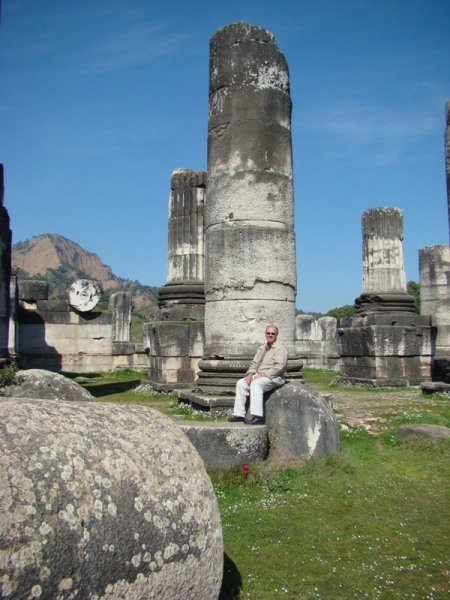 Coinage was invented here at Sardis.  Pictured here is the site of the gold mining operation.

Next we went to Philadelphia.  The church at Philadelphia had an “open door,” Jesus said.  This church and the one at Smyrna were the two which Jesus only commended and of which He had nothing to condemn.  The promise, “He who overcomes, I will make him a pillar in the temple of My God, and he shall go out no more” (Rev. 3:12), is likely a reference to the frequency of earthquakes in the area.  It is a promise of stability and strength.  Historically, the people would have to flee out of the city until the tremors had stopped; hence the promise, “he shall go out no more,” depicting safety and security for the faithful.

I thought I would post a couple of human interest photos from Philadelphia.Walking up to the acropolis we were met by an older gentleman with his horse.  He was very willing for me to take his photo.

This photo was taken at the acropolis of Philadelphia.

Next we traveled on to Hierapolis, just north of the Lycus River.  Hierapolis is not one of the Seven Churches, but is nearby Laodicea and Colossae.  Each of those three cities had New Testament churches, and are referenced in Col. 4:13-16.  Hierapolis was/is known for its medicinal thermal springs.  The warm water coursing down the slopes leaves behind white calcified limestone formations. Today the town is called Pamukkale, which means “cotton castle” or “cotton fortress.”

For tonight I’ll leave you with a sunset photo. 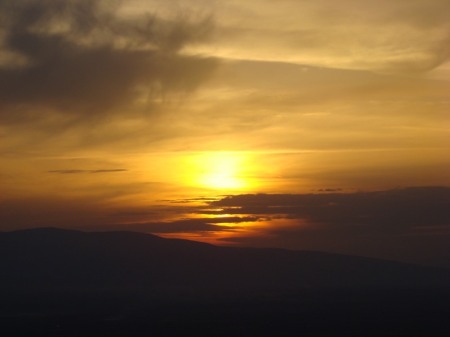