There is some beautiful scenery as you make the drive from the Mediterranean coast at Antalya (biblical Attalia) north and west to Laodicea. 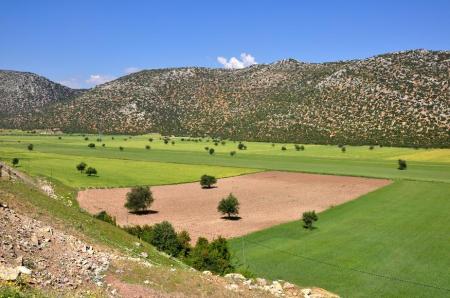 Laodicea was known to be a wealthy city. It was a banking center, had a medical school specializing in ophthalmology, and manufactured clothing, especially known for its black wool market.

It is always a danger that God’s people become like the world around them. Jesus addressed the church at Laodicea (Revelation 3:14-21) and rebuked them for their self-satisfied, complacent attitude:

Because you say, “I am rich, and have become wealthy, and have need of nothing,” and you do not know that you are wretched and miserable and poor and blind and naked, I advise you to buy from Me gold refined by fire so that you may become rich, and white garments so that you may clothe yourself, and that the shame of your nakedness will not be revealed; and eye salve to anoint your eyes so that you may see (vv.16-18). 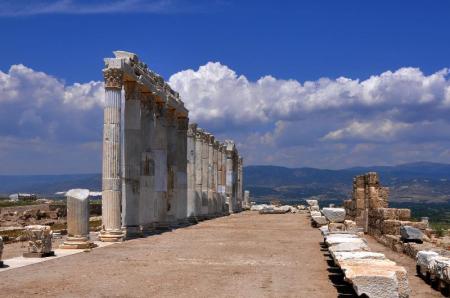 It is characteristic of a city devoted to commercial interests and the material side of life, that the Church of Laodicea is entirely self-satisfied. It says, as the city said in A.D. 60, when it recovered its prosperity after the great earthquake without any of that help which the Imperial government was generally ready to bestow, and which the greatest cities of Asia had always been ready to accept, “I have grown rich, and have need of nothing.” It has never seen its real condition: it is poor and blind and naked (Letters to the Seven Churches, p.428).

Their complacency led to lukewarmness, and this nauseated the Lord (v.16). This is the only church of the seven addressed in Rev. 2-3 about which nothing good is said.

We have made several other posts on Laodicea. Use search box at upper right for more articles & photos.

This entry was posted on Wednesday, June 18th, 2014 at 12:40 PM and is filed under Archaeology, Bible History and Geography, Bible Study, Biblical Interpretation, New Testament, photography, Seven Churches, Travel, Turkey. You can follow any responses to this entry through the RSS 2.0 feed. You can leave a response, or trackback from your own site.